Mozilla warns users with one of three lock icons: a green lock with a grey warning over it, a grey lock with a red slash through it, and a grey lock with a yellow warning triangle over it. For more details on what each of Mozilla’s security indicator means, click here. 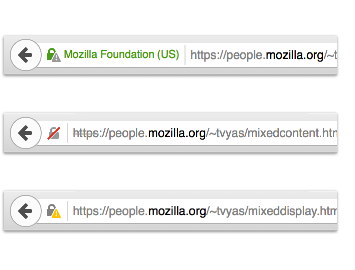 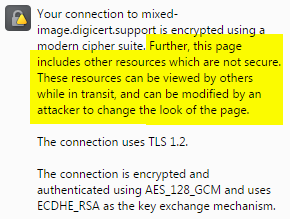