The Impact of Quantum Computing on Society 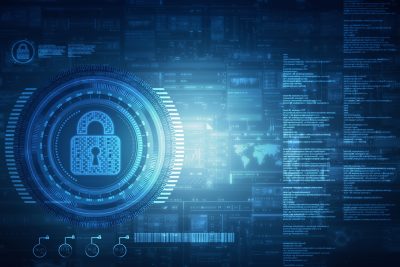 Quantum computing will be used for a variety of innovations and calculations across all industries that were not possible with previous computers. Quantum computers have potential to benefit society in various ways, including making smarter investment decisions, developing drugs and vaccines faster and revolutionizing transportation. However, one disadvantage of quantum computing is that it could break current cryptography. Here is what the experts are saying about how quantum computing may impact society in each industry.

The benefits of quantum computing for healthcare include increased speed to develop vaccines and pharmaceuticals, helping to diagnose patients earlier and personalizing treatment. Developing new drugs is a slow process, and as we saw with the coronavirus vaccine, it can only be sped up so much with current processes. Part of the reason it takes so long is that scientists must develop molecules to test their interactions with other molecules; however, with quantum computers, scientists will be able to simulate molecules for testing. Quantum computers will give scientists and extremely precise simulation of even single molecules.

Quantum computers could also potentially predict the weather. According to a PBS interview with an MIT professor, “Currently, a classical computer might take more time than it actually takes the weather to evolve to predict the weather.” This improved climate forecasting could impact many other industries that are weather-dependent, including transportation, food production and more. In the United States, weather affects nearly 30% of GDP, either directly or indirectly. Plus, weather prediction would also allow for more time to prepare for disasters.

Quantum computing, combined with AI, will benefit travel and transportation through traffic signal optimization, developing autonomous vehicles, air traffic control and more. Although it may take a few years to reap the fruits of quantum computers in transportation, they have the potential to revolutionize the industry. Quantum computers will be able to calculate optimal traffic routes quickly, reducing congestion and ensuring faster delivery for cargo. For companies like Amazon and FedEx, this increased efficiency could mean a profit increase of up to 600%.

Quantum computers will impact society in other industries as well, including media and entertainment, consumer goods and insurance. However, quantum computers will also disrupt privacy and cybersecurity with potentially serious negative consequences if organizations are not prepared.

Perhaps the most imminent impact of quantum computers on society will be in regard to digital security and privacy. Quantum computers will be able to break current cryptographic algorithms because they can perform exponentially more factors than current computers. This means that classical encryption methods will be vulnerable to quantum computers and there is already a quantum algorithm developed that could do just that: Shor’s algorithm.

In a recent study, DigiCert found that 71% of IT professionals know the threat quantum computing poses to encryption, yet how well organizations understand this threat varies, and there are equally wide variations in the levels of preparation. To close that gap, DigiCert is currently working to innovate tools and products to better equip our customers for the impact of post-quantum cryptography.

Don’t wait to prepare for the implications of quantum computing

Stay tuned to our blog or email pki_info@digicert.com for more information.