BLOG > DigiCert One > Infographic: One Million Good Reasons To Invest In Modern PKI
03-14-2020

Infographic: One Million Good Reasons To Invest In Modern PKI

Organizations can save nearly $1 million annually by adopting a cloud-based, fully managed PKI service, according to an IDC study. 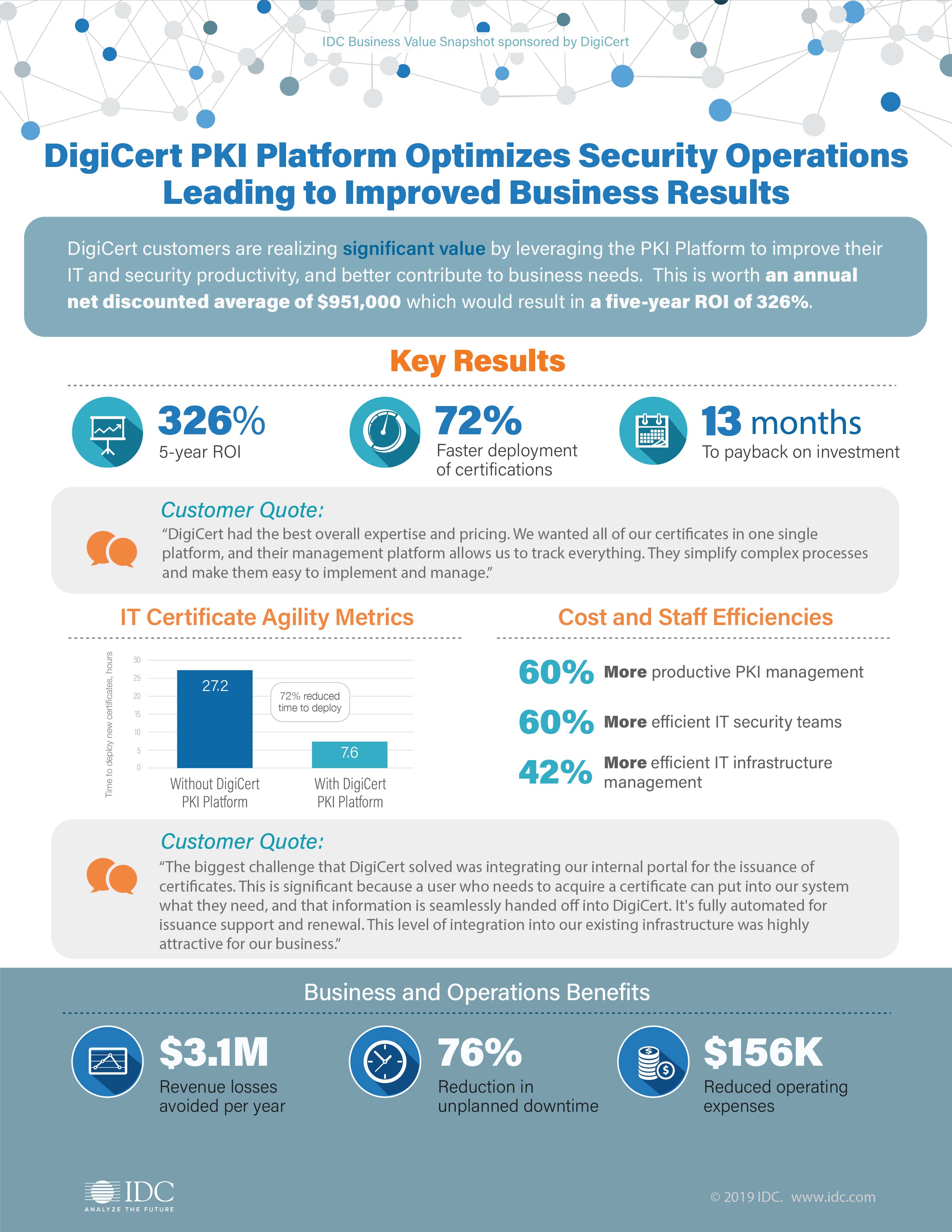 You probably already know the benefits of adopting modern PKI. Simplicity. Flexibility. Versatility. Managed PKI is increasingly being adopted by companies around the globe for these reasons. Not only does PKI solve a number of security challenges, but a new whitepaper from the IDC finds that modern PKI implementation dramatically simplifies management and reduces cost.

According to the study, organizations found that cloud-based, managed security services improve efficiency and free up the IT security and infrastructure teams to improve reliability and the security posture.

“DigiCert PKI Platform freed up time to concentrate on the bigger picture. Some employees have been repurposed to focus on our overall larger strategy, which is migrating the majority of our on-premises to the cloud. We were able to dedicate them to the implementation of the cloud structure.”

Now take a deeper dive into a new IDC whitepaper that breaks down exactly why—and how—a modern approach to PKI could be the best investment you make this decade.