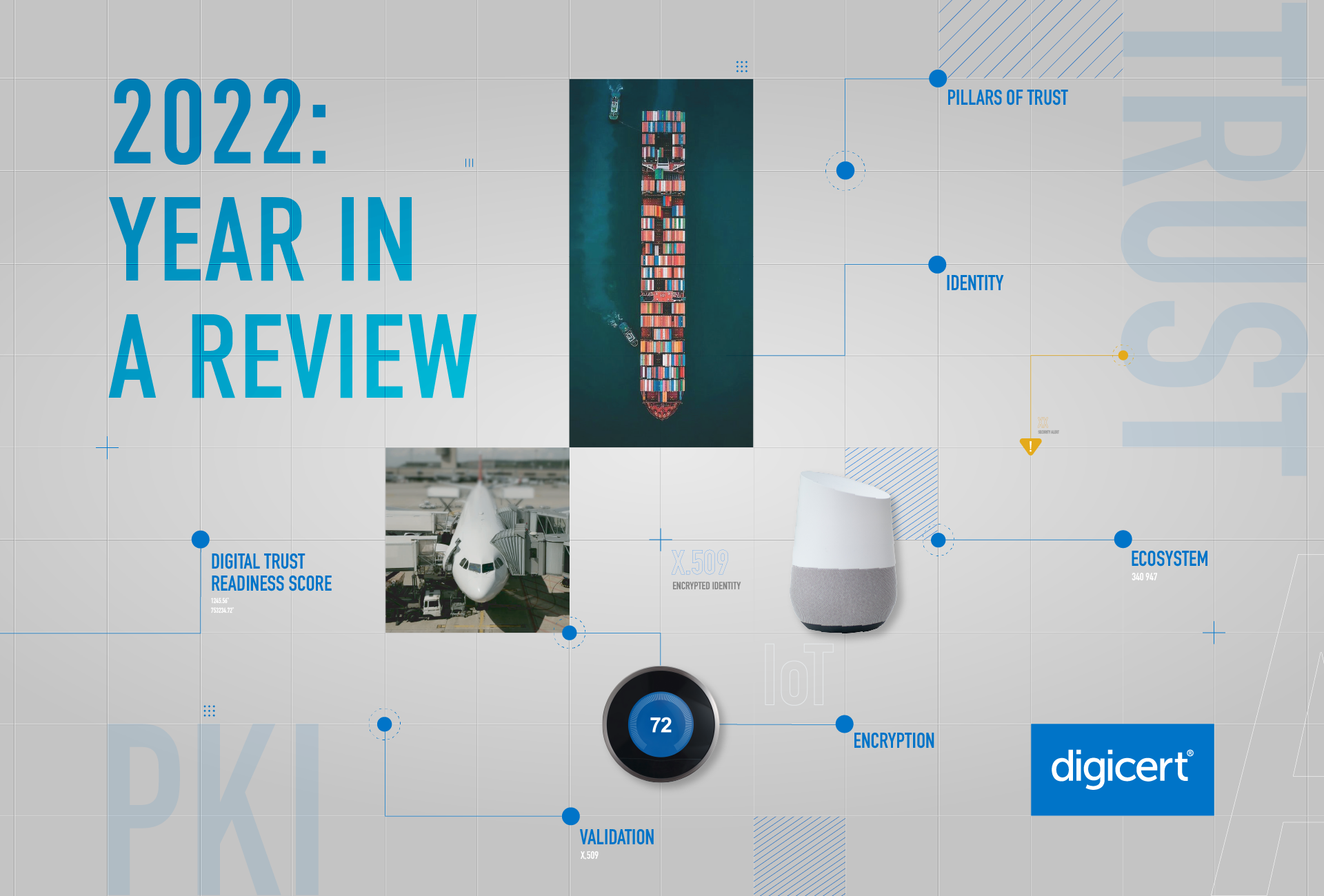 2022 was a busy year for digital security. In our connected world, threats are increasing, and digital trust has never been more critical so that users have confidence in their digital interactions.

This post will review what occurred this year in digital trust. Additionally, don’t miss our security predictions for 2023.

Click here  to see the whole series on the latest news in digital trust.

Get the IDC whitepaper Digital Trust: The Foundation for Digital Freedom | DigiCert to read more about digital trust—what it is, how it works, and why it must be a strategic initiative for any organization, including yours.